THE ONLY WAY IS UP 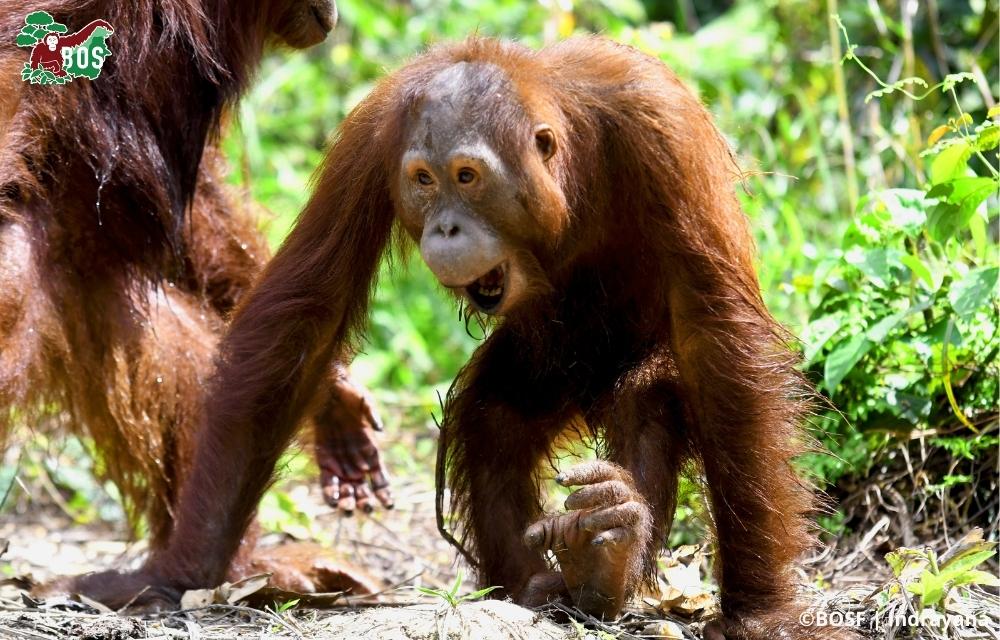 Do you miss cheeky Valentino? He is eagerly tackling his final steps to freedom on a pre-release island. But he still has a lot to learn. Find out how his island life has been going.

Valentino, our beloved forest school student, is a big boy now. On Badak Besar island in the Salat Island Cluster in Central Kalimantan, he has to poof to our team that he has what it takes to be a wild orangutan. Only then can we release him to his rainforest home.

However, Valentino has some habits that hold him back: He spends too much time on the forest floor, doesn’t like to build nests, and still depends a lot on our supplementary food delivery. But recently, conditions changed.

One goal of the pre-release rehabilitation stage is to place orangutans in uncertain, natural conditions to see how they use their forest skills to survive. So, while floodwaters submerged the Salat Islands for almost a week, Valentino was forced to be more independent and overcome challenges.

He and the other orangutans on Badak Besar island had to stay off the ground to avoid the floodwaters. They quickly realised that the safest place was in the trees.

Unfortunately, after the floodwaters had subsided, Valentino’s behaviour changed again. While he did spend some time in the trees, our team saw him returning to his old habit of conducting many of his activities back on the forest floor and repeatedly trying to get food from our technicians.

Valentino would often fight with other orangutans when our team arrived to distribute food at the feeding platform. He soon learned to avoid the other orangutans, but if they managed to snatch his food, he would look to the technicians to get some more. Valentino is a curious individual who will boldly steal fruit from the boat and run off with it whenever he gets the opportunity.

The cheeky male might still act a little spoiled and depend on food delivery, but according to observation data, he is also learning to look for natural foods, such as termites. However, he needs to keep working on his nest-building skills, as he frequently repairs old nests made by other orangutans and uses them instead of constructing his own from scratch.

Our beloved Valentino still has a long journey ahead of him on the pre-release island before we can release him in the wild. But don’t worry, Valentino. We will keep supporting you until you find your way!

Will you join us in helping Valentino and his island buddies on their final steps to freedom? Every donation makes a difference!

I want to support Valentino and his friends now