WHO IS LONG’S NEW COMPANION? 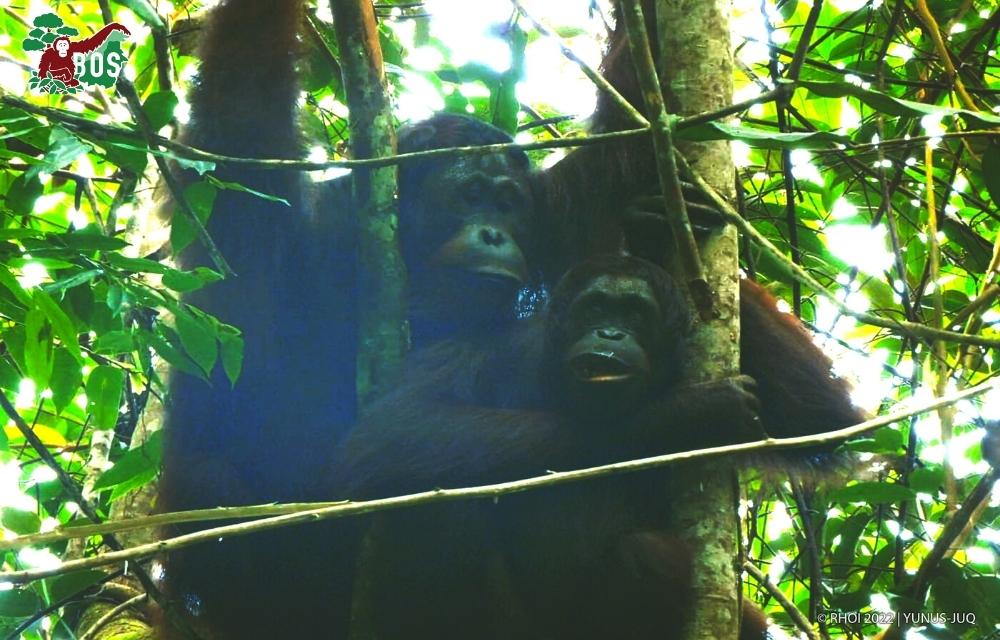 Our Post Release Monitoring team spotted Long again! The female orangutan left a deep impression on the BOS staff as her relationship with Arief is one of the most extraordinary we have ever observed.

It all started when Long spotted young orphan male Arief for the first time. Her maternal instincts seemed to kick right in as she instantly lifted Arief into her arms. Long carried her newly adopted child off with her, and the two became inseparable – a truly rare and remarkable wild adoption. The pair was released into the Kehje Sewen forest in East Kalimantan in August 2015, and they were last seen together a few years later.

Now that Arief is grown up and he and his surrogate mum go separate ways, two Post-Release Monitoring (PRM) team members recently observed Long with another male. It was early in the morning when Yusuf and Fathur headed out to monitor orangutans. About two hours after leaving Camp Nles Mamse, the technicians spotted two individuals spending time together. They identified one of them as Long. But who was her companion?

The PRM team observed the couple eating lianas, rattan, and the bark of a breadfruit tree (Artocarpus), as well as chewing seeds and fruits from other forest plants. In addition to eating together, the two appeared to enjoy some time resting and lying down together.

Long and the unidentified male seemed very comfortable with one another, as indicated by their body language and the way they stayed close. They occasionally even touched and shared food.

However, Long and her friend eventually spotted the PRM team members watching them and didn’t stop kiss-squeaking, showing their displeasure at the human presence. Clearly not welcomed, Yusuf and Fathur decided it was time to return to camp – but not without the intention to come back and identify Long’s mysterious companion another time. So, stay tuned for more!