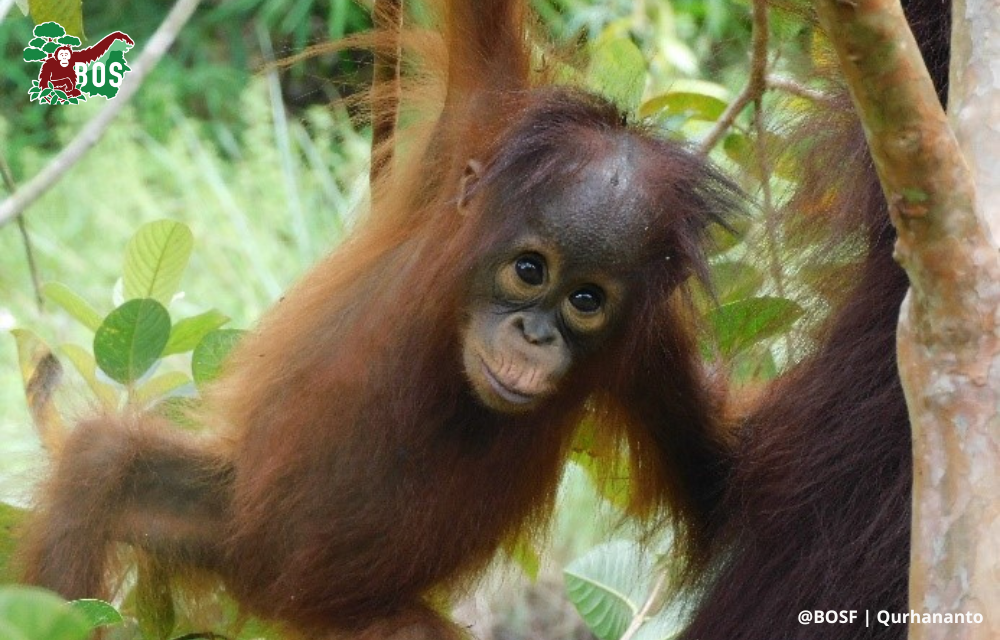 Inung and Indie were observed foraging for cassava and guava. Despite getting close, Inung avoided entering the camp area and seemed unfazed when she spotted humans observing her. Mother Inung is known to be quite vigilant and wary of our team, and oftentimes, when she realises she has human eyes on her, she will move to a distance that makes her feel more comfortable and safe.

Baby Indie, meanwhile, is more focused on fun. Once Inung stops moving, Indie usually leaves her mother’s embrace and actively plays by herself. However, the moment when mother Inung sets off into the trees again, Indie will quickly return to her arms to cling on and be carried through the forest. Indie seems to have adopted the same characteristics as her mother; she is not aggressive but remains very alert.

Inung and Indie appear to be in good health and spend a lot of time engaged in foraging activities, as evidenced by the guava fruit scraps left behind near the camp. While both did not attempt to enter the camp this time, their presence this close to humans has caused some concern among our PRM members as they do not want them to grow accustomed to human presence.

Hopefully, Inung and Indie will move deeper into the Bukit Batikap Protection Forest and continue exploring all of its natural wonders.

Have you ever thought about symbolically adopting an orangutan?
It’s such a wonderful way to support our work!