HOW TO MAKE BABY ORANGUTANS 101 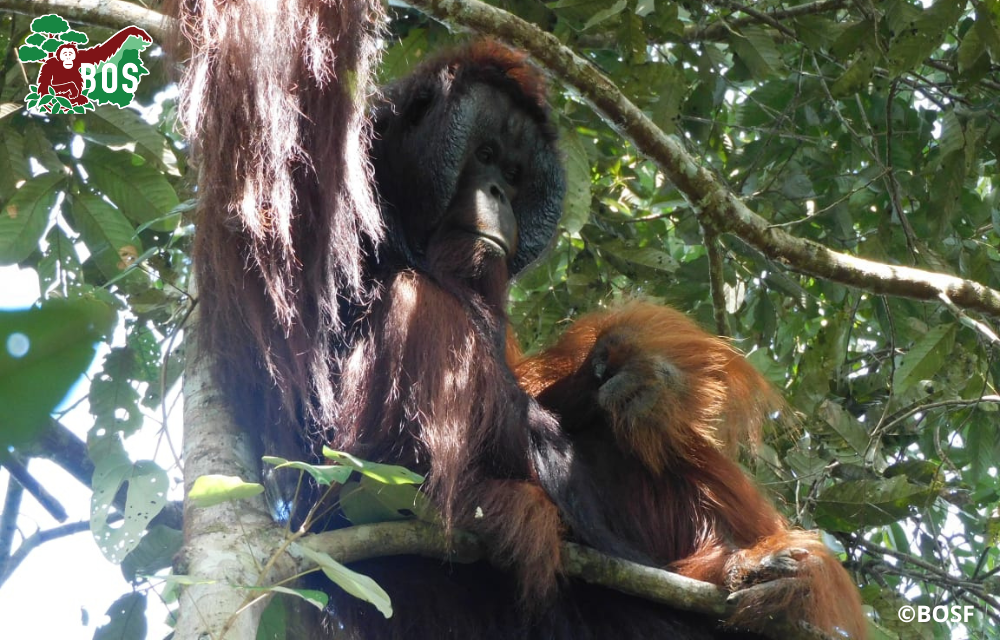 All living things, including orangutans, have the drive to meet their biological needs: water, oxygen, food, shelter – and the opportunity to reproduce. When it comes to wild orangutans, who live a semi-solitary life, the reproduction process can be pretty interesting, to say the least.

It can be difficult to tell once an orangutan reaches reproductive maturity. While fully mature male orangutans develop cheek pads later in life, they can father offspring many years before they have cheek pads. Female orangutans, just like humans, can conceive offspring once their menstrual cycle begins, but this can be very challenging for human observers to spot.

Researchers have discovered that mature male and female orangutans will occasionally live side-by-side for a few days (known as ‘consortship’), which can lead to mating, also known as copulation. It is the female orangutan who can control when these associations begin or end.

One study even found that male orangutans were more tolerant of sexually active females taking food from them because if they denied them, the female was more likely to make loud vocalisation and end the association by the end of that same day. So, while passively sharing their food did not mean direct mating for the male, if they did not, the female may bring their time together to an end and therefore deny the male any chance for copulation.

The peak of sexual behaviour in orangutans is when copulation between a male and female orangutan occurs. Prior to copulation, a male orangutan will typically inspect the female’s vulva or genitals with his fingers or lips. Not all of these investigations end in copulation, but ‘ideal copulation’ is achieved when ejaculation occurs, and there is a chance for a baby orangutan to be conceived.

With the interbirth interval of orangutans sitting around 7-8 years – the longest of any mammal on Earth! – we want as many orangutan babies born to wild mothers as possible. We aren’t ashamed to admit we have orangutan “baby fever,” so here’s to hoping for some romance in the trees and many more orangutan copulations!

You can support our work here. No donation is too small to make a difference in an orangutan’s life.